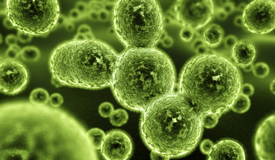 Werc Shop: How we test?

Often without testing patients and the public are lulled into believing that cannabis products are safe. Businesses selling cannabis can also be part of creating an illusion that a product is safe.

Read this story about one researcher finding feces in medical cannabis. Yet another reason to grow your own.

All cannabis consumers in our state should beware of the risk of misleading results that can result from sub-standard and poorly regulated I502 labs.

In April 2015, a medical cannabis activist Dr.Gil Mobley took hash oil and cannabis flowers samples to various labs in an attempt to do a "ring test" with I502 licensed labs. The results showed an appalling variability in potency data. The same hash oil sample (which should have more constitency than flower testing) sent to several labs resulted in one lab estimating the potency to be 44% thc while another lab tested it at 11% thc, while the rest of the labs came in at about 20%thc. Sadly no other ring test to date has been perform with the I502 licensed labs.

What is a Ring Test?

How to know how much potency is in your medicine? Does the product contain any CBD? All patients are looking for accurate answers to the above questions. The very best way to get such answers also involves sending several of the same cannabis samples to multiple labs and see if the results are similar. This is called a "ring test" and in a properly regulated lab industry rings tests are performed. Unfortunately in Washington State no regulated ring test has been performed in either the medical nor recreational cannabis industries.

How about testing a patient for cannabis use?

Hair analysis after handling cannabis plant - can lead to a false positive?

With the passing of recreational cannabis - are cannabis users suddenly employable in Washington? Sadly no, we have an issue here.

For how long is my cannabis use detectable?

Green Buddha believes the first requirement of dispensing medicine should be “do no harm.”

Quality Testingtesting is determining how potent the medicine is which includes both cannabinoid and terpene testing. Cannabinoids such as THC, CBD, CBN, CBG, are the primary medicinal components of cannabis while Terpenoids are the volatile organic compounds associated with characteristic fragrances found in cannabis. Terpenoids are what gives cannabis its fine smells and tastes but they are also medicinal components in their own right. The (psychoactive) effects of cannabis are derived from in the interactions of these two sets of compounds and thus quality testing involves the quantitative analysis of all these chemicals. Quality testing is not testing for contaminants but more about product advertisement. But quality testing is necessary from a patient standpoint too. Knowing the cannabinoid profile and potency of medical cannabis is fundamental in allowing the patient to choose the correct medicine for their needs, as well as determining how much to take.
Sadly even as we have quality testing with I502 regulated cannabis inaccurate results plaque the industry.

Safety Testinginvolves verfiying that the cannabis is free of various molds, fungus, bacteria, insects, visual contaminants, pesticides and potential heavy metals. Microbiological screening for aspergillus, penicillium, and other common but dangerous bacteria is also necessary. Checking cannabis products for E. coli bacteria is extremely important. Various yeasts and molds can also cause pathogenic reactions among those with compromised immune systems.

The testing of medical cannabis for pesticides is of the utmost importance. Cannabis products should be examined for residues from pesticides such as neurotoxins organophosphates, carbamates, pyrethroids and avermectins (Avid).

Sadly, while Washington's regulated cannabis is being checked for molds and fungus, butthere is no pesticides testing of recreational cannabis!

Despite the fact the state approved more than 300 pesticidal compounds! Washington State's Department of Health is now determining what testing will take place with the DOH defined "medical cannabis." The target date for these new regulations is July 1, 2016. With luck, pesticides testing may be included in these new regulations.

All the regulated I502 recreational cannabis and most the unregulated medical cannabis is now being tested for molds and fungus. This is important because various yeasts and molds can cause pathogenic reactions among those with compromised immune systems. Microbiological screening for aspergillus, penicillium, and other common but dangerous bacteria is also necessary.

If you are growing your own medicine, do so pesticides free and then get your product tested for molds/fungus to insure you have the safest medicine possible. The test is usually only $50.

In a perfect world no pesticides would be used in the production of our cannabis until we had any data on breathing the residue of these compounds in. We have no data whatsoever on breathing pesticides in - yet that is what we would be doing if pesticide residue is still on the final vapable/smokable product.

Thus the testing of medical cannabis for pesticides and other contaminants is of the utmost importance. Cannabis products should be examined for residues from pesticides such as neurotoxins organophosphates, carbamates, pyrethroids and avermectins (Avid). Sadky - this is not the case with I502 regulated cannabis.

As potency testing improved sales cannabinoid testing was the first testing the industry embraced. The major issue Green Buddha has with current cannabinoid testing is the wide variation in test results. So wide as to make the data derived from one test scientifically useless.

The inconsistency in potency testing has been particularly acute with the edible industry. Perhaps as the industry matures it will develop more concern about the inconsistancies.

Terpene testing is necessary if one wants to determine the true strength or potency of a product. Terpenes enhance or otherwise ameliorate the effects of the cannabinoids including thc.

Currently there is very little terpene testin in either the unregulated medical nor the regulated recreational cannabis. Nonetheless the Department of Health - which is currently determining what medical cannabis will be - appears perhaps poised to initiate terpene testing. Green Buddha approves!

The industry has yet to see legal cases involving contaminated cannabis, but they are likely to arrive as the use of medical cannabis grows. (SteepHill Labs)

Accuracy in the cannabis testing industry is dismal for both unregulated medical cannabis and regulated I502 cannabis. Labs would be content to have a 20% variation in testing results which is a sad statement on its own account. Yet knowing exactly how potent is one's medicine is absolutely necessary. With edibles the issue is particularly acute. Yet the cannabis industry in general has struggled with accurate testing. Both medical and recreational quality testing has had such huge variability as to make the data almost without validity. Much of this is due to a lack of industry standards, but some might be due to unscrupulous labs. Labs which garner higher test results often have a way of getting more clients.

Green Buddha believes that while there are some excellent I502 labs (we work with the Werc Shop) the I502 labs are very poorly regulated. No ring test has been performed. Thus, the same cannabis sample tested at one lab yields a result of 15% thc while another lab which comes in at 24% thc - rendering both tests as useless.

We have also seen some wildly high figures - such as one I502 grower claiming to have flower that was tested at 32%thc.
even as
High Times and the Federal governement will both claim the world's strongest bud is about 27% thc.
The I502 industry needs to mature before we can expect to see consistant and validated results.

Labs have financial incentive to give higher test results as producers tend to have their product tested at labs they perceive give them the best results. Afterall the higher the result the better chance the grower has of getting the best price. The Washington State Liquor and Cannabis Control Board is the entity which should be regulating the I502 labs. So far there seems to be very little if any verification of the labs and their data. Thus patients and in fact all cannabis consumers in our state should beware of the risk of misleading results and sub-standard labs and regulation of the state's cannabis labs.

The Werc Shop leads in efforts to raise the industry standard, voicing concerns to the Liquor and Cannabis Board as well as the press. The Werc Shop is also engaged in pesticides in cannabis research.

We would encourage patients needing a good lab to utilize their services. Call first 855-734-6640.

People need to know what they have consumed. If you think the candy bar you bought was one dose and it was instead a dozen doses your medicated experience will be unsuccessful, to say the least. Read about Mr. Coombs' experience.

In fact the first requirement of dispensing medicine should be “do no harm.”

There have been a number of people in Colorado who have been hurt by inaccurate labeling.
A person even died from his edible experience, not from the edible itself but from engaging in a dangerous act while unaware of his altered state.
Fortunately we have seen no one substantially hurt in Washington from inaccurate labelling although the issue exists here too.
Seattle appears to over state how much active ingredient is in our edibles instead of under estimating their potency.
This issue of edibles having huge variability in potency has also prompted the Federal government to note that:
"regulation and quality assurance for edible product cannabinoid content and labeling is general lacking."

Buyer beware! In Washington State there has been no independent analysis of the accuracy of our edibles in terms of potency or dose.